During my writing journey I’ve met many wonderful writers who’ve become dear friends. One of those individuals is Loretta Eidson. We were in the same Craftsman course with our mentor, DiAnn Mills. Loretta and I hit it off immediately and we’ve kept in touch ever since. I wanted to feature one of her blogs on writing. This post first appeared on the ACFW blog.

Take it away, Loretta!

To win a race requires planning ahead, seeking out appropriate training methods, pacing yourself, and pressing toward the goal. It takes an inner drive to jump the hurdles of daily obstacles in order to build muscle and stamina. The dream of winning is exciting. But let’s face it—not everyone looks forward to the time and effort it takes to make that dream a reality.

Plan: Becoming a writer may not require running a physical race, but it does entail long hours of studying and practicing the process of effective writing. Being willing to dig in and apply what you learn is the first step toward success.

Train: Taking writing classes or attending writers conferences are great ways to stay refreshed in your writing skills. There are a multitude of instructional books that will answer every question that arises. Practice writing, reread, edit, and read again.

Pace yourself: Allowing others to critique your work is like an athlete facing try-outs to see if they made the team. Nervous anticipation peaks. Putting yourself out there takes courage as well as a willingness to follow through with suggested changes.

Press on: One of the biggest mistakes made as a writer is comparing your work with the success of others. In doing so, feelings of inadequacy become overwhelming and can suppress the desire to write. Be happy for those being published, and know that by pressing forward and committing the time necessary to fulfill the call of God in your life, you too, could someday see your name in print.

“You need to persevere so that when you have done the will of God, you will receive what He has promised.” Hebrews 10:36 NIV

What an amazing promise God made for those who will persevere. The key here is to be diligent. If He has called you to write and you take all the steps necessary to be properly trained, then, He can open doors of publication you never dreamed.

Not every athlete wins the race, but the ones participating are winners already simply because they did what was required and gave it their all. Your article, devotion, or story may not make it to the best sellers list, but you are still a winner because you persisted and completed your work. You didn’t give up.

Quote: “No matter what happens, no matter how far you seem to be away from where you want to be, never stop believing that you will somehow make it. Have an unrelenting belief that things will work out, that the long road has a purpose, that the things you desire may not happen today, but they will happen. Continue to persist and persevere.” – Brad Gast at Living3.com 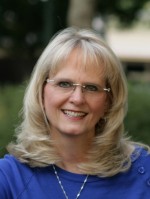 Loretta Eidson writes romantic suspense. Her novel won first place in her genre in the 2014 Novel Rocket Contest, placed in the top ten of 2013 & 2015 ACFW Genesis contest, was a finalist in the 2014 ACFW Genesis Contest. Loretta is a Craftsman Alumni of the Christian Writers Guild. She has several short stories published in anthologies. She and her husband live in Iuka, Mississippi. They have four children and twelve grandchildren.