The Liberation (Emancipation Warriors Book 2)
By Marissa Shrock
Have you ever wished you could be someone else? Change your identity? This is exactly what Vivica Wilkins needs to do in order to save the man she loves and her mother before it’s too late.
Hiding underground with the Emancipation Warriors, Vivica begins her training with the other rebels and physically undergoes a change in her appearance. Vivica Wilkins—daughter of the former presidential candidate—can’t be caught spying in the enemy camp, so alterations are made to her face, eye retinal, and voice in order to fool those she comes into contact with.
These warriors are dedicated to overthrowing the evil President Fortune and re-establishing freedom to the people. Especially the freedom to worship the God in the Bible of their forefathers, not the watered down one reinvented by the government. 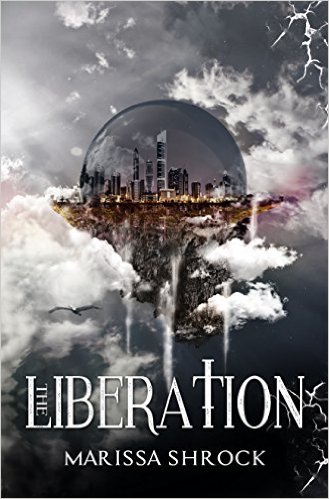 Thrust into a secret mission, Fredrica (aka Vivica) finds herself working with her mother’s betrayers. She’s sent to the world where only “chosen” slaves will be moved to build a new order. Can she fool the ones who knew her the most? Will she be able to hack into their computers to fight for the freedom of those she loves?
The Liberation is the sequel to The First Principle by Marissa Shrock and is book 2 in the Emancipation Warriors series. I gotta say, Ms. Shrock did it again! She captured my attention from page one and held it to the very end of this impressive young adult novel. In my opinion, this book is for any age, so don’t let that hold you back!
Set in a futuristic date, the plot, characters, and setting are believable. The author portrays her fictitious United Regions of North America realistically, and the reader is pulled in from page one.
The plot moves along nicely and doesn’t get bogged down anywhere. The characters are solid and likeable. The president is creepy and you want to help overthrow his cabinet along with the warriors!
The faith aspect is interwoven effectively without sounding preachy. The main character’s arc undergoes a crisis, but in the end, she sees God’s hand.
In my opinion, the biggest strength in The Liberation was the plot twists. From a surprise unveiling of the Peacemaker’s identity to shocking revelations of who are really the enemy vs an ally, this book keeps you guessing to the very end!
I give The Liberation 4.5 stars! It will keep you on the edge of your seat in a futuristic world!
Pick up a copy today!
Amazon.ca
Amazon.com
**I received a complimentary e-copy of this book from the author in exchange for my honest review.