Rebel With A Cause

The Agitator
By Marissa Shrock
Sunshine Hemmerly has gone through it all—imprisonment, torture, and starvation. All to be reconditioned by the United Regions of North America. Did it work?
No. She held steadfast to the faith of her childhood. Now on her eighteenth birthday, it was time to leave the Great Plains Academy for Children and step out into the real world. However, she was leaving a piece of her behind—her brother. They were taken captive by the government when their parents were imprisoned. Now, Sunshine vows to find them and the Emancipation Warriors—a rebel sanction trying to fight the dystopian world. Can she do it without tipping off the government and putting her brother in danger? 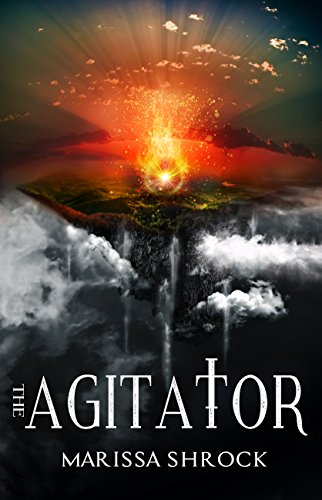 She lands a job as an agitator within the enemy camp where she has to use different personas to comment on rebel social media sites and articles, reinforcing the government’s agenda and stirring up the pot. She’s soon thrust into a world of secrets, loyalty tests, and even murder.
Who can she trust? How can she keep her brother safe? Will she fall prey to the lies and deceit of the government?
The Agitator is a delightful novella that sets up Marissa Shrock’s Emancipation Warrior series nicely. It takes us inside one of the main character’s world – Agatha Sparks (aka Sunshine Hemmerly). It reveals what Agatha went through to take us to where we see her in the book, The Liberation.
Ms. Shrock does an excellent job of setting up her characters. They’re well rounded with good and not-so-good traits. The plot keeps the reader turning the pages and she throws in some nice twists.
Her use of sensory details is effective and puts the reader right where they should be—right in the pages of the book.
I give The Agitator five stars. It’s one rebel cause you’ll want to jump on board with!
**I received a complimentary e-copy of this book from the author in exchange for my honest review.